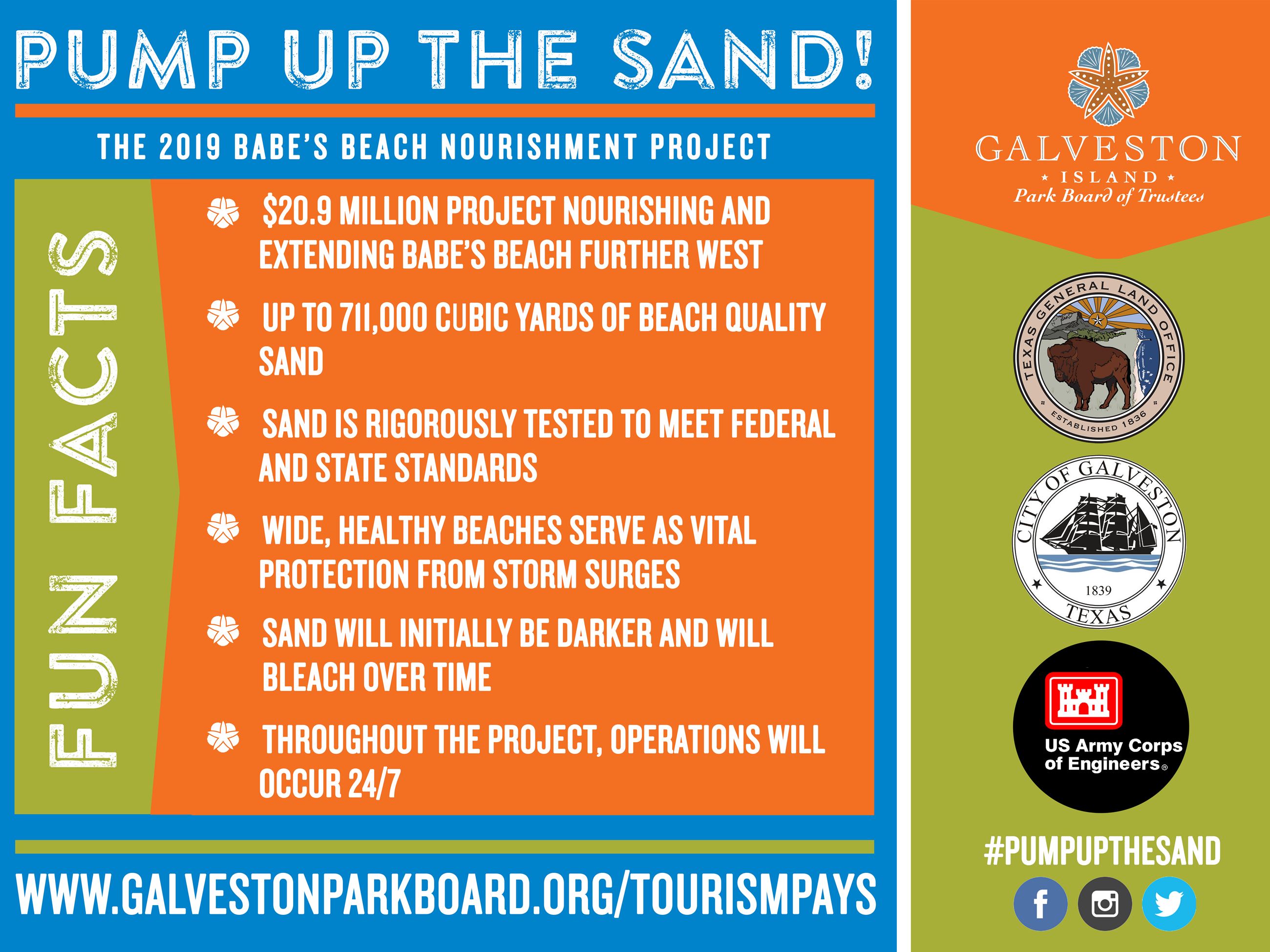 A major beach nourishment and expansion will begin in early August in Galveston. The $20.9 million project will dredge sand from the Galveston Ship Channel and is expected to place a portion of the material, up to 711,000 cubic yards, along the island’s seawall beginning at 61st Street moving west toward 83rd Street. The project is a collaborative effort sponsored by the U.S. Army Corps of Engineers (USACE), Galveston Park Board, City of Galveston and the Texas General Land Office (GLO).

"Beaches are critical to our tourism industry and essential to combating storm surge,” Texas Land Commissioner George P. Bush said. “We simply cannot afford to lose them to erosion or hurricanes. Using dredge material to keep our beaches well maintained is just common sense. We are grateful to have such cooperation among city, state and federal governments working together for the good of Texas."

“Beach nourishment projects have proven to provide needed storm surge protection for our community, as well as beautiful beaches for our visitors to enjoy,” Park Board Executive Director Kelly de Schaun said. “We are thankful for the investments that the GLO and USACE continue to make in Galveston.”

Crews will begin placing equipment on Galveston’s beaches at the end of July with sand placement scheduled to begin around August 10th. The project will take approximately 60 days to complete. During construction, public access to west seawall beaches beginning at 61st moving west toward 83rd Street will be limited.

“The USACE Galveston District is excited to partner with the Galveston Park Board of Trustees and GLO in order to carry out a dredging project that will benefit channel users and Galveston residents,” USACE Operations Manager Tricia Campbell said. “While undertaking its mission of keeping America’s waterways navigable, the Corps is able to turn that into an added benefit for the community by placing dredged material (sand) on the Galveston beach for tourists and residents to enjoy. This beneficial use project allows the Corps to work with a cost-sharing sponsor to place dredged material along the coastline.”

Once the project begins, it can be viewed online via live webcams at www.galvestonparkboard.org/sandcam 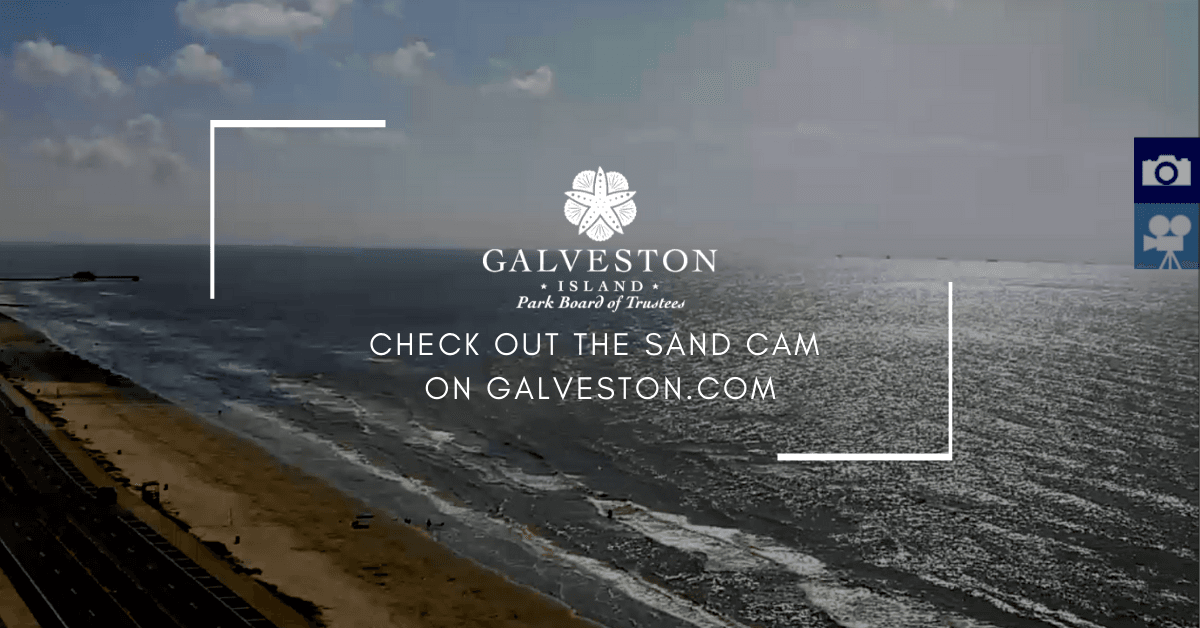