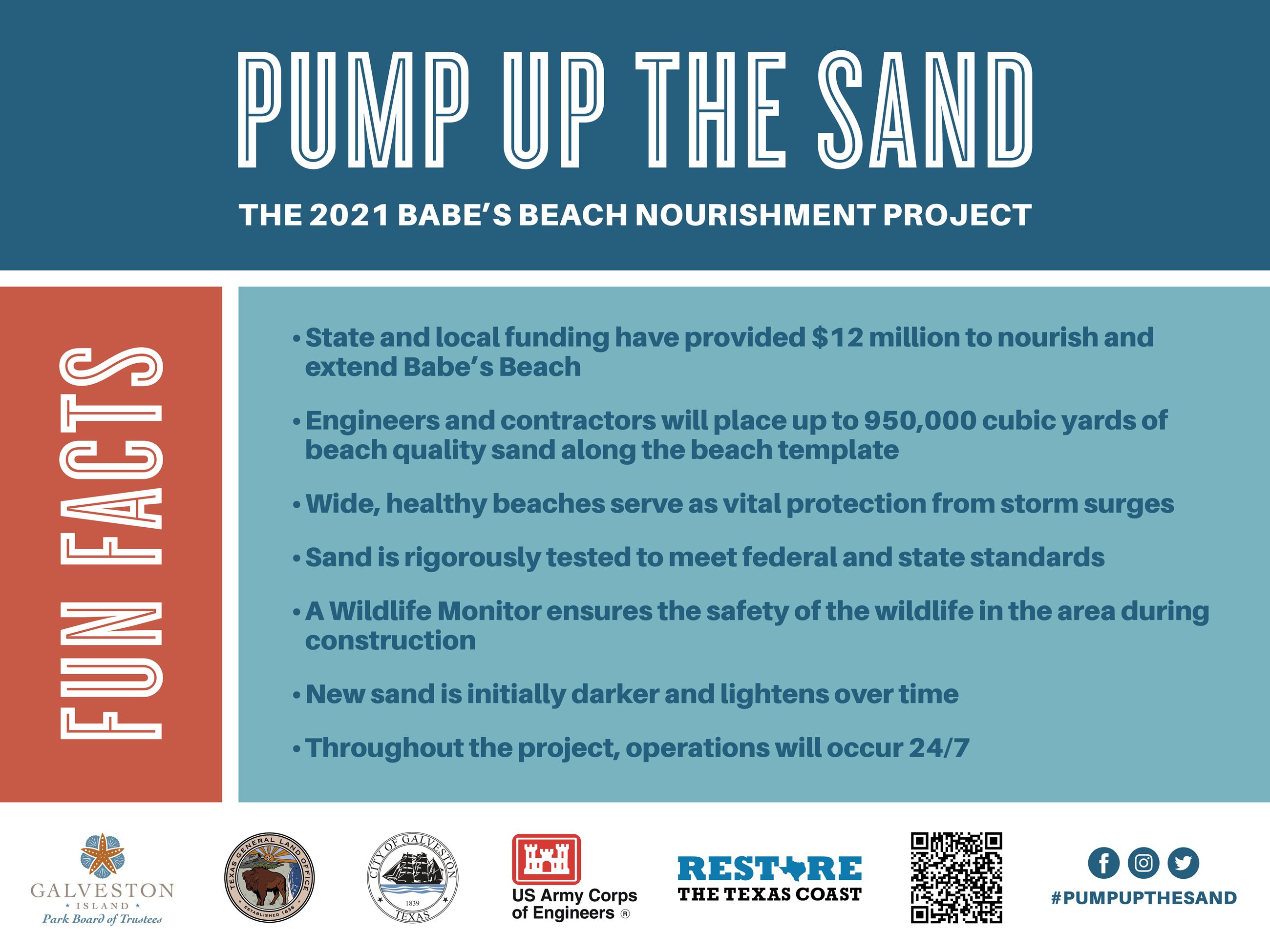 This $12 million project adds sand dredged from the ship channel to nourish the area known as Babe’s Beach and expands the beach further west.

The project begins west of 61st Street, heading west. Cubic yardage (CY) for the project depends on the amount of material the USACE can dredge for the job.

The dredging ship dredges in certain reaches of the Houston-Galveston ship channel, sails to the ocean pipe, and hooks up to the pipe. Finally, the dredge ship pumps the dredged sand to the designated beach and heavy equipment moves the material to match the engineered design documents. This process repeats until the USACE completes its dredging.  Not all the dredging material makes it to the beach.  Only the beach-quality material is placed on the beach.

More on the public entities involved and their role:

US Army Corp of Engineers (USACE): The U.S. Army Corps of Engineers Galveston District plays a key role in America’s well-being by keeping waterways open for navigation and commerce along an area spanning 50,000 square miles along the Texas coast from Louisiana to Mexico. The Galveston District provides flood risk management, navigation, and emergency response support; regulatory services; environmental stewardship; and, recreation services. For more information, visit the District’s website at https://www.swg.usace.army.mil/. They dredge over 25 million cubic yards per year, which is 10 percent of the national total. This dredging deepens and maintains channels to handle larger ships and increased traffic.